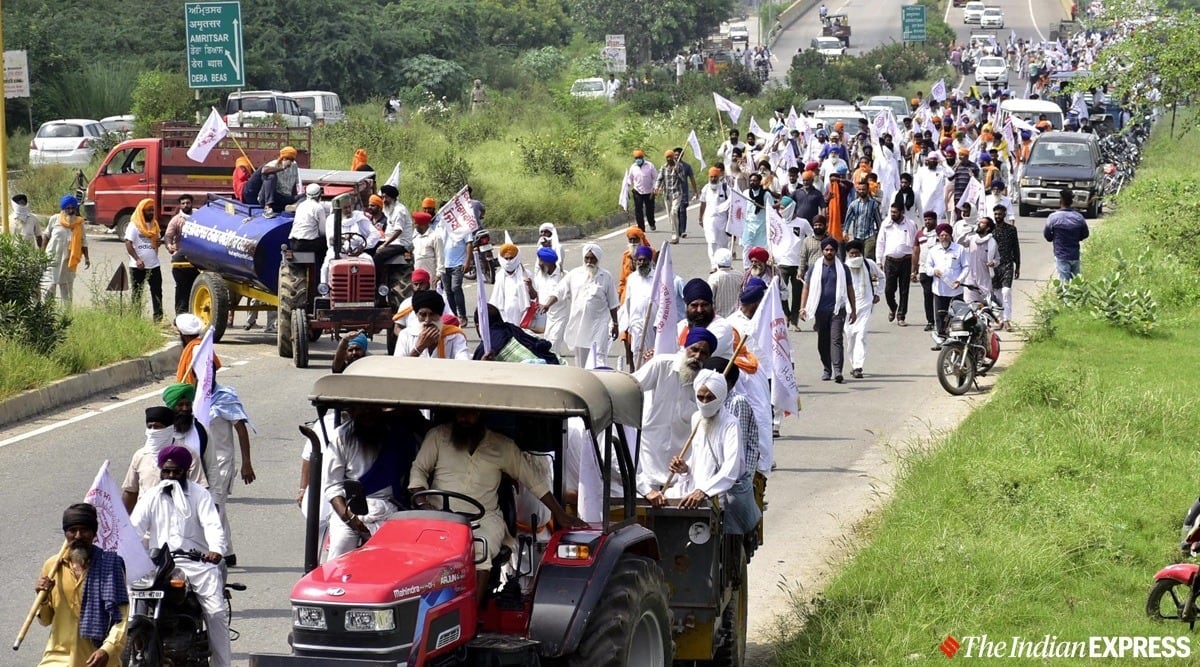 The farming sector has always had to encounter hardships, because of many political decisions. (File)

“Thank God, there are farmers, or human beings would have to do farming too!”

I grew up, listening to this line, amidst exasperated sighs.

Why so, pray? In the farming community, one never really sutures ties with the land, whether or not it’s a matter of sustenance or livelihood. One remains rooted, in every sense of the term. Farming requires endless, tireless hardwork and unquestioning patience. You can neither bribe the weather out of its vagaries, nor cheat on the required time. You can’t manipulate the fertility of the land either and can’t even hope for the equation to gravitate towards profits, if any.

Farming is not a profession, it’s a commitment. To invest each bit of your time, energy, reserves into creating a food basket for fellow humans. Each grain that has traveled onto your plate, is an outcome of a farmer’s toil and sweat. Now let’s look back and see how the situation shaped up over the years.

The farming sector has always had to encounter hardships, because of many political decisions. When Punjab got reorganised in 1966, Haryana was formed and the need to share river waters arose. Punjab did not desire this and took refuge in the riparian principle. The Union government, in a meeting in 1955, decided on Punjab’s share at 7.20 MAF (million acre-feet) [out of the estimated 15.85 MAF], while settling the shares of other stakeholders – Rajasthan and J&K. In 1966, the central government decided on an allocation of 3.5MAF to Haryana out of Punjab’s share of 7.20 MAF. In 1982, Indira Gandhi, the then Prime Minister, launched the construction of Sutlej Yamuna Link (SYL) canal. Later on the share was re-assessed by the Eradi Tribunal under Justice Balakrishna Eradi. Many political thinkers link the SYL issue to the advent of terrorism in the state.

However, there was another challenge looming, silently yet monstrously. Over exploitation of underground water for irrigation has led to a very real fear of Punjab turning into a desert in about a decade. The lopsided power subsidies have increased the cross subsidy burden on industrial and commercial consumers and led to the deteriorating financial health of the electricity distribution companies. Increased dependence on tubewells has also aggravated the depleting groundwater crisis.

So even the pro-farmer perspective is not free of the interlink of electricity, water and agricultural sectors. The economics takes on another dimension here. There are more social aspects to a farmer’s life than economic ones. For him, a good crop, smooth procurement, debt free farming equipment and land, all spell a state of well being.

Let’s now look at the middleman culture. A farmer doesn’t have a trader’s mind. He rarely can market his product as effectively or even understand the concept of one nation one market. The phobia of an outsider’s control cannot be eased out with documentation itself. Ask a farmer whether he is happy with the inspector raj, and he will say the day the inspector raj ceases to be, the DGP raj would begin!

Sometimes big changes are not really the solution. Small, continuous efforts actually make a big difference. The aim should be to further strengthen and empower each individual involved. The debt that drives a farmer to suicide would probably be even less than the amount a socialite spends on a dress. Who can understand a farmer’s plight?

Why, just a few years ago, spurious pesticides just ate away the fabric of trust that he had with the powerful authorities, or the corporate world. An inferior quality pesticide supplied to the farmers resulted in great loss to cotton growers and led to many suicides. This, by any means, was not a minor lapse. Meagre monetary compensation is meaningless. The average arhtiya is an accessible, familiar face who seems much less of a monster to the poor farmer. He cannot even comprehend that documentation of any kind can benefit him. Every time he has put his thumb on to a paper, he took another step towards self destruction.

And in the midst of all this, the fight has become coloured, politicised.

Why doesn’t anyone spare a thought for the tiller of the land, who knows not how to deal with numerous uncertainties his life entails? Does he benefit from the strategies that take shape in plush offices of the high and mighty? Does he gain anything from a political plank being created out of this crisis? Or does he actually want the govt to secure his interest, farming and life with simple comprehensive measures so that he can proudly pass on his small landholding to the next generation and say, hard work is all that takes to create a bread basket for the nation. Not really the time for political parties to seek agendas out of his plight.

(The author is a poet and writer)