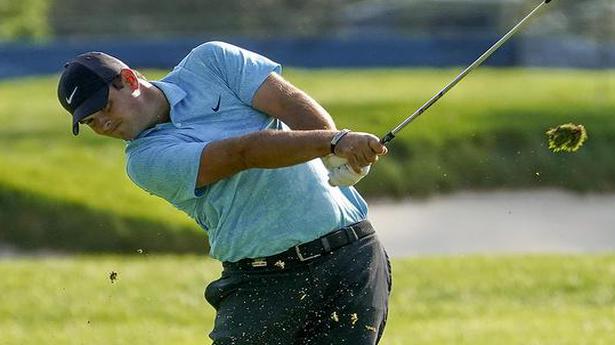 Masters winner Patrick Reed closed with a birdie to grab a one-stroke lead over Bryson DeChambeau after Friday’s second round of the US Open.

Tenth-ranked Reed hit only five fairways but relied on an impressive short game to shoot a level par 70 and stand on four-under 136 after 36 holes.

Ninth-ranked DeChambeau sweated out a two-under 68, the day’s low round thanks to a closing eagle at nine, to stand on 137.

Spain’s Rafael Cabrera Bello and American Harris English, each chasing a first Major title, shot 70 to share third on 138 with American Justin Thomas, the 2017 PGA Championship winner who followed a 65, the lowest US Open round ever at Winged Foot, with a 73.

American Jason Kokrak was sixth on 139, the only other player under par overall after a 71.

Fourth-ranked Rory McIlroy, a four-time Major champion, and England’s Lee Westwood each followed 67s on Thursday with 76s to share 22nd on 143.

World No. 1 Dustin Johnson fired a 70 to join them on 143. South Africa’s Louis Oosthuizen, the 2010 British Open champion, finished bogey-bogey-double bogey to shoot 74 and stand on one-over 141.

Tiger Woods and Phil Mickelson both missed the cut for only the second time in the same event after last year’s British Open. Woods fired a 77 to finish on 150 while Mickelson shot a 74 to finish on 153. “It’s frustrating that I’m not going to be here for the weekend,” Woods said.