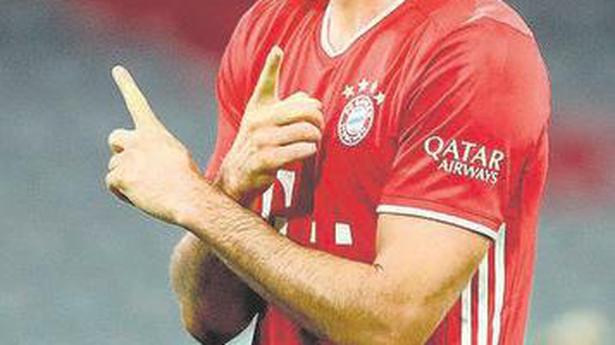 The winner will be announced — along with the UEFA Women’s Player of the Year — on October 1, when UEFA holds the draw for this season’s Champions League group stage at its headquarters in Nyon, Switzerland.

England star Lucy Bronze is a contender to win the women’s prize for the second year running after helping Lyon win the Champions League for the fifth season in a row.

Her Lyon colleague, the France defender Wendie Renard, is also shortlisted alongside the Danish striker Pernille Harder, who helped Wolfsburg get to the Champions League final.