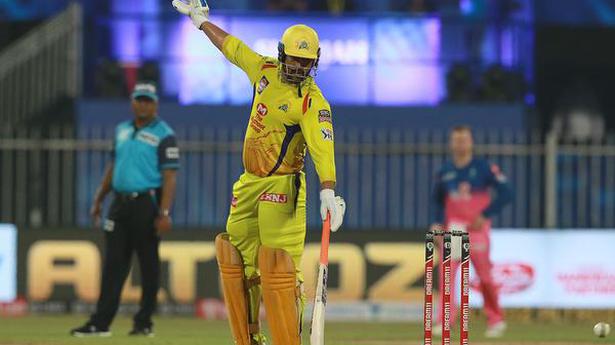 Chennai Super Kings coach Stephen Fleming defended M.S. Dhoni’s sedate approach, saying that time away from the game means that the former Indian skipper will need more matches to be back at his best.

“MS (Dhoni) is a specialist towards the end of the innings and has always been,” said Fleming when asked whether he came a bit too late at No. 7 after the likes of Sam Curran and Ruturaj Gaikwad.

“He came in the 12th over [sic: 14th over], which is his optimal time and batted accordingly. He is coming back from not playing a huge amount of cricket. So the expectation to see him at his best is going to take time but his hitting towards the end was very good. Curran was there to keep us ahead in the game because we were falling behind. He has good hitting power and Rutu, it was his first game,” he added.

The former New Zealand captain though felt it was bowling not the team’s cautious approach to the chase that was the problem area on Tuesday.

“We were slow to adjust and too full. We overpitched and were slow on that track. There was intent to adjust but the execution was poor. We came close to pulling it back to a manageable score but that last burst (from Archer) put it out of reach.”

Fleming also added that there could be changes to the batting order with the option to open with Faf du Plessis who has scored back-to-back fifties.