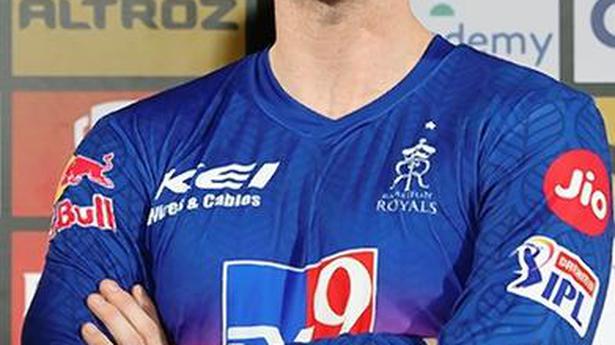 Steve Smith led Rajasthan Royals from the front on Tuesday. He was at the wicket for all but 10 balls of the Royals’ innings, ensuring his team posted a score that would prove too much to chase down even for M.S. Dhoni-led Chennai Super Kings.

The Australian, playing his first game after being hit on the head during a training session in England earlier this month, made 69 off 47 balls. He was overshadowed though by Sanju Samson. Not that he has any complaints.

“The way he was going, I was trying to get to the other end and let him do his thing; fortunately that worked well,” the skipper said. “He played incredibly well. Today it felt like everything he was hitting was going for six.”

Samson wasn’t just taking over the aggressive role of Jos Buttler in the top-order but the Englishman’s ’keeping gloves as well. He had two stumpings and as many catches, including one that flew high off the bat of Kedar Jadhav.

The return of Buttler to the squad against Kings XI Punjab on Sunday is no doubt a huge boost for Royals. “Jos coming back is a big plus,” Smith said.

“He has an incredible record at the top, so I dare say he will probably slot in back there.”