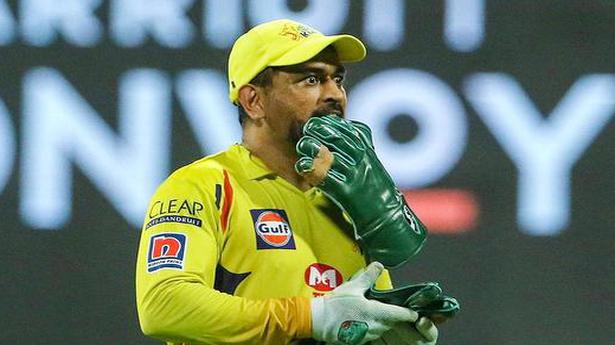 Skipper Mahendra Singh Dhoni’s much-awaited promotion in the batting order will be an area of interest when Chennai Super Kings strive to pick up pieces against a confident Delhi Capitals in their third IPL encounter on September 25.

The shock defeat against Rajasthan Royals on a batting belter at Sharjah could be primarily attributed to a poor show by their spinners along with a disastrous 20th over but the batsmen can’t absolve themselves completely, especially Murali Vijay, Kedar Jadhav and the skipper himself.

Dhoni had come in to bat at number seven, promoting the likes of Sam Curran, Jadhav and Ruturaj Gaikwad ahead of himself but the ploy backfired badly leaving Faf du Plessis with too much work in too little time.

While his fans still swear by his six-hitting ability, a closer look would show that Dhoni is unable to change the gears against express pace and it was only when Tom Curran came with his medium fast, Dhoni launched an attack. That too when the match as a contest was over.

However on a big Dubai ground with bigger-sized boundaries, the skipper can rotate the strike better unlike Sharjah and also take those extra deliveries to settle down.

For Delhi Capitals, winning a cliffhanger right at the onset would have given them a lot of confidence even though Ravichandran Ashwin’s probable absence after a shoulder injury could force them to reshuffle their bowling line-up.

“We will take a call on Ashwin after today’s practice session. He is coming for training. Our physio Patrick Farhart will take a final call,” DC fielding coach Mohammed Kaif said in a pre-match presser.

Senior spinner Amit Mishra could be an option to partner Axar Patel in case Ashwin is unable to make it.

“It’s a good thing that we have a ready replacement like Amit Mishra, who has a lot of experience,” Kaif said about IPL’s second highest wicket-taker.

The cushion of bigger boundaries can always help a wrist spinner attack more by tossing the ball up.

Another aspect will be pacer Mohit Sharma’s performance. While Mohit got K.L. Rahul at the beginning but his loose deliveries at the back-end made things difficult for the Capitals even as Kagiso Rabada bowled tightly at one end.

Against a side like CSK which revels in attacking the last 10 overs, the Capitals might like to try Harshal Patel, who is also a handy batsman at any number having opened in domestic cricket.

This is if Ishant Sharma, who is still nursing an ankle injury is available.

“Ishant had a good run yesterday but didn’t bowl. He will be again training today and then we will take a call,” said Kaif.

Shimron Hetmyer is likely to get one more chance unless Ricky Ponting wants to bring in some stability in the form of Alex Carey.

Talking of big hitters, Delhi has one too many in their line-up including Prithvi Shaw, Shikhar Dhawan, Rishabh Pant, skipper Shreyas Iyer and last match’s hero Marcus Stoinis, who would like to throw up an open challenge for Piyush Chawla and Ravindra Jadeja, who had a forgettable last outing.