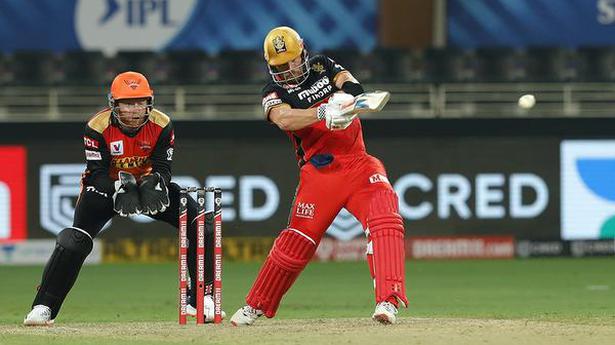 Aussie captain happy to be on the same side as Kohli, praises Padikkal for his show against SRH

These are early days, but in Aaron Finch and Devdutt Padikkal, Royal Challengers Bangalore seems to have found a solid opening combination.

In its IPL opener against Sunrisers Hyderabad, Finch and Padikkal put on a 90-run stand in quick time. The normally explosive Finch played second fiddle to debutant Padikkal, who took on the attacking role with aplomb.

“I can play whatever role the team needs. Dev (Devdutt) got off to a great start, so it was my job to give him strike. On some days, that role might be reversed,” Finch said in a media interaction on Wednesday.

The Australian was full of praise for Padikkal, who impressed with a 42-ball 56. “Dev’s composure under pressure was very important. At the start, he was a bit nervous, but he played his natural game. That was very impressive. Once the innings developed, he grew in confidence.

“He’s an attacking batsman who has done well in domestic and under-19 cricket. In the middle, we spoke about the game scenario, who we were matching up against, and what areas we will look to target each bowler,” he said.

Finch, the Australian captain, is happy to be on the same team as India skipper Virat Kohli.

“I have always had huge respect for how Virat goes about the game. He is very aggressive on the field in terms of his captaincy. His body language is great. Playing against him is a great challenge, because you have to be 100% committed all the time. Virat has got the better of teams I’ve played with in the past, so it’s good to be playing with him for once.”