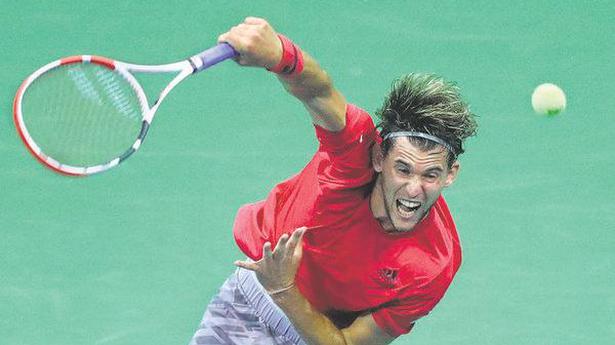 The new hero of world tennis, Dominic Thiem, is sure to challenge the dominant trio — Novak Djokovic, Rafael Nadal and Roger Federer — and their stranglehold on Grand Slam titles.

The 27-year-old Thiem has been in the top-10 from 2016, and thus it was no surprise that he has stepped it up to the next level after joining hands with coach Nicolas Massu, owner of two Olympic gold medals.

Sharing an insight on Thiem’s growth on topleveltennis.com/in, his father Wolfgang revealed that the target was not about professional tennis when the kid was hitting for hours on the garage door and on the wall.

“Don’t play tennis because you can make money. We never had a goal that Dominic should become professional,” Wolfgang said.

He recalled how as a 10-year-old, Thiem had won a tournament which fetched him a ticket to the USA, and how he started playing international events like Orange Bowl when he was 12.

It was at this stage Thiem was made to change to the classic one-handed backhand.

“When he was under-14, he was about top-30 in Europe. By 15, he grew up equal and competed with really good players.”

Thiem’s breakthrough was in 2010, when he won two events of grade-1 and 2 in South America.

“He lost in the first round of the Junior French Open, but it was a nice experience,” Wolfgang remembered.

In 2011, he reached the French Open junior final and acheived a career best No. 2 junior ranking.

“When Dominic moved into men’s circuit in 2012, it looked like a different sport. He won a Challenger in 2013, and started winning big tournaments in 2015 to make the top-100,” his father said.

Wolfgang was grateful to two investors “who believed in Dominic” and made it possible to meet the tennis budget through his junior career.

Among many other things, Wolfgang has one big advice to all aspiring players, “choose tournaments that fit your development, and not the ones that fit your wallet”.