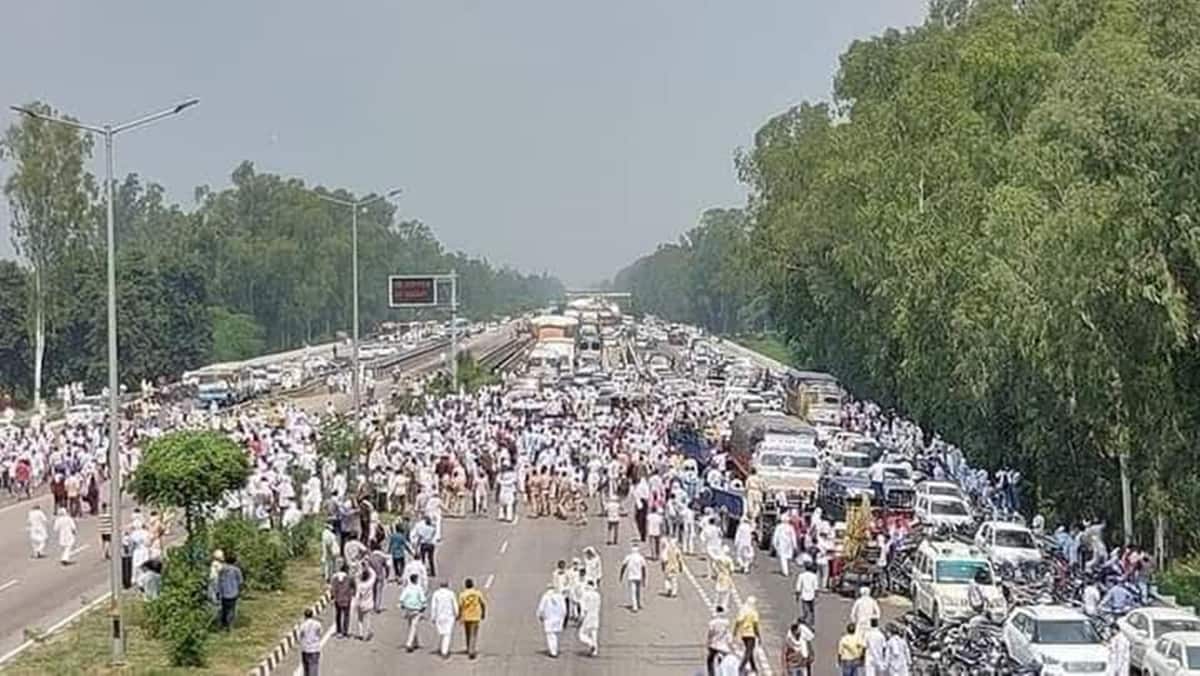 The ongoing farmers’ agitation got a major boost in Haryana with at least four former MLAs, who are now BJP leaders, extending support to their cause going against the party stand. It’s for the first time when any prominent BJP leader has spoken against the three farm Bills cleared by the Parliament even as two MLAs of the JJP — the partner in the ruling alliance — have already joining hands with the agitators. The farmers have given a call for Haryana Bandh on September 25 as part of nationwide call of Bharat Bandh.

To discuss the concerns of farmers and the ongoing stir, six former MLAs – Parminder Singh Dhull, Rampal Majra, Shyam Singh Rana, Balwan Singh Daulatpuria, Buta Singh and Bhag Singh Chhattar — met in Chandigarh Wednesday. Except Chhattar, all others are currently with the BJP but have been associated with the INLD in the past. Only one of them, Rana is a former BJP MLA while others had won elections with the support of INLD at different occasions. Notably, all of them belong to farming backgrounds.

“These Bills are anti-farmer. There should be guarantee of assured minimum support price (MSP) for crops,” said Dhull, a two-time MLA from Julana constituency of Jind district. Dhull had joined the BJP ahead of the 2019 Assembly polls. The saffron party had fielded him from Julana but Dhull lost to JJP’s Amarjeet Dhanda.

According to Dhull, the former legislators had gathered to discuss the ground situation that arose following the farmers agitation against farm Bills. “We are concerned. I informed Dhankar about the apprehensions of the farmers,” said Dhull while speaking to The Indian Express.

A three-time MLA, Rampal Majra said, “The governments have already been trying to run away from the MSP. Even in the latest Bills, the government should have ensured that the farmer gets more than the MSP. But farmers’ rights have not been safeguarded”.

Majra, who too had joined the BJP ahead of 2019 Assembly polls but did not get party ticket, further said, “Claims are being made that there will be free trade. But in the current system, I won’t be able to sell my produce to other mandis than at the mandi for which my crops are registered under the online registration system in Haryana. The Bills will prove beneficial to the corporates and hoarders who will earn high profit following the removal of limit on hoardings as per the proposed Essential Commodities Act.”

The government has said that there will be provision of courts headed by Sub Divisional Magistrates (SDMs) to listen to the grievances of farmers under the new law. Majra, however, said that the corporates may try to influence the officers while this was not the matter in the case of civil courts.

“After the implementation of these provisions, the public distribution system may be discontinued while the corporates will sell the food grains at higher prices. We will fight for the farmers,” said Majra.

Former BJP MLA from Radaur, Shyam Singh Rana said the farmers’ consent should be taken before introduction of any policy. “Mandi system is necessary for the farmers because the grain markets have required infrastructure to procure their produce. If anybody wants to purchase produce from farmers, it should be purchased through mandis.”

Rana was Chief Parliamentary Secretary (revenue) during the previous BJP government in Haryana.

Former MLA from Guhla Cheeka, Buta Singh, who had joined the BJP ahead of the 2019 Assembly polls, said he was with the farmers. “If big companies are allowed to purchase agricultural produce, then where will the small farmers, traders and shopkeepers go? That’s why the farmers are upset. If free hand is given to the big companies, then the farmers and traders will be finished,” said Buta Singh while speaking to The Indian Express.

Daulatpuria told The Indian Express that they were with farmers but the farmers should also exercise restraint after the assurances given by the leaders of the ruling party over MSP. “Dhankar has assured us that if the MSP was discontinued, he would also sit on dharna along with us,” claimed Daulatpuria.

Sources said growing support to the farmers’ agitation has prompted the politicians to come out in their support especially in the areas dominated by peasant communities. Earlier, two BJP MPs — Dharambir Singh and Brijendra Singh – had condemned lathicharge on the farmers at Pipli (Kurukshetra) on September 10.