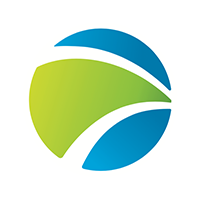 Sept 24 (Reuters) – B&G Foods Inc said on Thursday it would drop an image of a Black chef from the packaging of its Cream of Wheat porridge mix, the latest company to make branding changes widely considered as racially insensitive.

Companies including Mars Inc and PepsiCo Inc are changing names and branding of some of their products that are rooted in racist imagery amid a wider national debate over racial inequality in the United States.

“For years, the image of an African-American chef appeared on our Cream of Wheat packaging. While research indicates the image may be based upon an actual Chicago chef named Frank White, it reminds some consumers of earlier depictions they find offensive,” B&G Food said in a statement.

The condiments and sauce maker is expected to roll out new packaging in the first quarter of 2021, it said.

On Wednesday, Mars said it was changing the name and branding of its Uncle Ben’s rice products, while PepsiCo said in June that it would rename and change the brand image of its Aunt Jemima pancake mix and syrup.
(Reporting by Nivedita Balu in Bengaluru; Editing by Anil D’Silva)