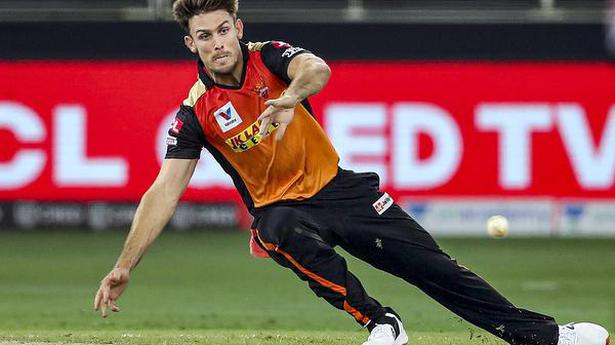 Australian and Sunrisers Hyderabad all-rounder Mitchell Marsh was on Wednesday ruled out of the remainder of the Indian Premier League with an ankle injury he suffered in the team’s opener against Royal Challengers Bangalore.

West Indies captain Jason Holder has been named as Marsh’s replacement and is expected to join the Sunrisers squad soon in the UAE.

“Mitchell Marsh has been ruled out due to injury. We wish him a speedy recovery. Jason Holder will replace him for #Dream11IPL 2020,” Sunrisers posted on its official Twitter handle.

Marsh came out to bowl the fifth over in Sunrisers’ opening game against Royal Challengers Bangalore on Monday.

However, the 28-year-old could only bowl four deliveries as he twisted his right ankle in the second ball while trying to stop a drive by Aaron Finch in his follow through.

He managed to bowl two more balls before hobbling off the field. Marsh later, courageously, came out to bat at number 10 in the chase but it was evident that he was finding it even difficult to stand.

This is the second time that Marsh has been ruled out of the IPL due to injury. The injury-prone cricketer had to leave the cash-rich tournament in 2017 after suffering a shoulder problem.

Holder, who played for Sunrisers in the 2014-15 season, last featured in the IPL in 2016 for Kolkata Knight Riders. He recently featured in the Caribbean Premier League.