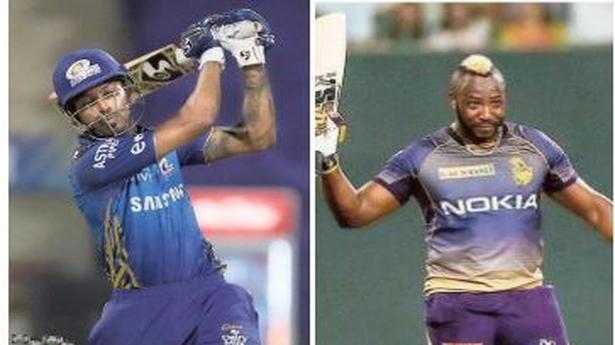 Grace and strength will be on one side while poise and killer instinct on the other when a revamped Kolkata Knight Riders takes on Mumbai Indians, which once again faltered in the opening match of the IPL, on Wednesday.

MI will be keen to bounce back while KKR would look for a perfect start as it will be a battle between big hitters on both sides on a sluggish Abu Dhabi track.

It will be Shubman Gill’s third IPL, the one where he would like to make the stage his own with his languid grace and effortless hitting, which he is so capable of. He can hit sixes over extra-cover with grace and caress the ball through the covers too.

These are exactly the traits that made Rohit Sharma, the great white ball exponent that he is.

But it’s not just grace which makes T20 so appealing. The brute masculinity of power that sends the ball soaring into the orbit is what makes it so special.

Hardik Pandya can unleash his firepower against Sunil Narine and Kuldeep Yadav as well as pacer Pat Cummins.

But Hardik will find his match in Andre Russell, easily the most destructive batsman in current T20 cricket.

Russell had openly criticised the team management last year for sending him down the order.

But this time, he has been promised a No. 3 slot and this could spell doom for any opposition.

KKR has Eoin Morgan, easily the best white ball captain in international cricket at the moment, who could advice Dinesh Karthik on how to handle the tense moments.

Pace spearhead Jasprit Bumrah had a rare off-day, leaking 43 runs against CSK and he would like to hit the straps once again.