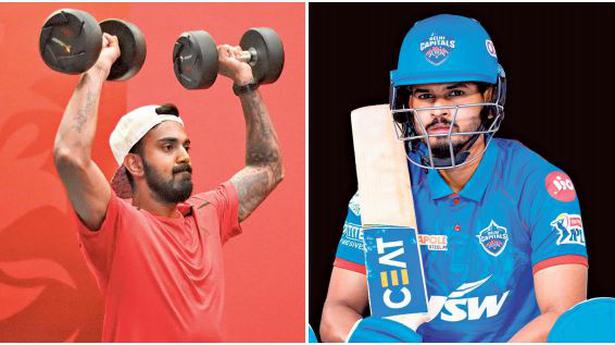 Two greats, Ricky Ponting and Anil Kumble, will match wits as Shreyas Iyer and K.L. Rahul marshal their resources on field in the clash between Delhi Capitals and Kings XI Punjab here on Sunday.

Delhi Capitals has a slight edge, more so in the spin department, with the trio of R. Ashwin, Amit Mishra and Axar Patel, better than their counterparts from the Mohali-based side. Spin is expected to play a big role on the pitches in the UAE.

The KXIP also boasts of some of the cleanest hitters in the form of Chris Gayle, Glenn Maxwell and Rahul himself. The Punjab outfit has a dangerous opening pair in Gayle and Rahul, with Mayank Agarwal to follow.

Maxwell’s form will be a shot in the arm. The Aussie, who didn’t have a great World Cup last year and subsequently took a break from cricket, roared back with a superb series-clinching ODI century against England four days ago.

The Capitals may come up with a surprise by picking Big Bash League’s highest wicket-taker Daniel Sams along with Kagiso Rabada, leaving out senior India pacer Ishant Sharma, who doesn’t have a glowing IPL record. For KXIP, India strike bowler Mohammad Shami will spearhead the pace department. It is in slow bowling that KXIP could face problems. It doesn’t have any big names following the departure of Ashwin. Afghanistan’s Mujeeb Ur Rahman and offie K. Gowtham have to carry the burden.

History favours KXIP which has won four out of its last five matches against DC.