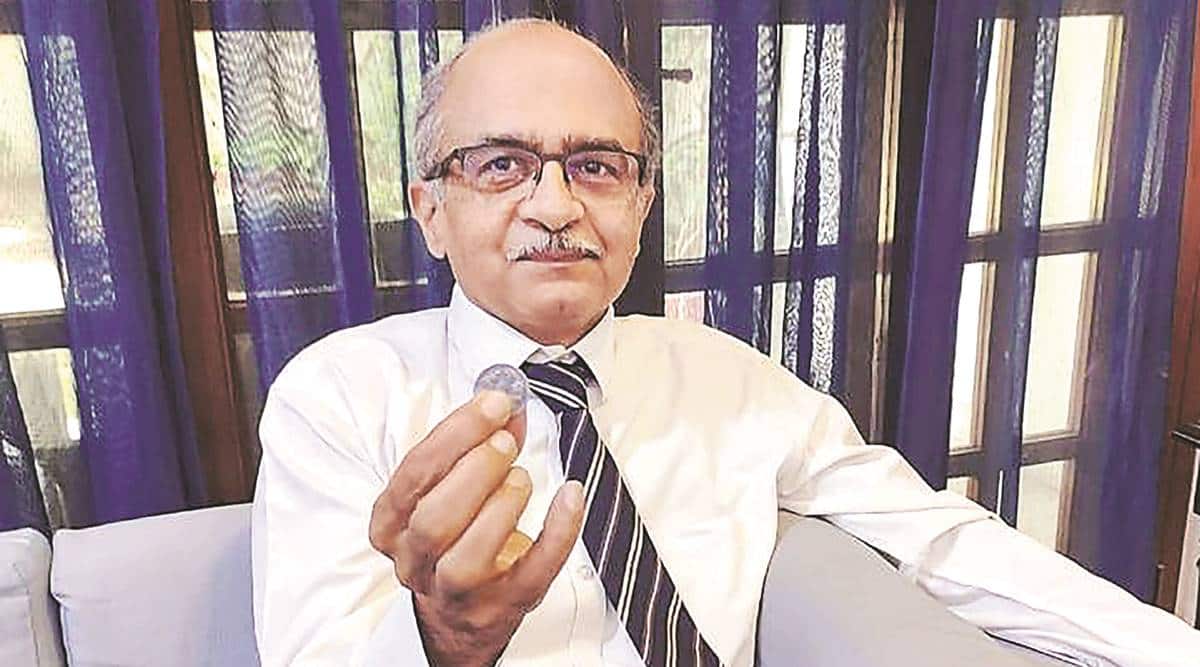 Bhushan on September 14 paid the fine imposed upon him, even though he said he would file a review petition before the apex court against the verdict. (File/PTI)

The Bar Council of Delhi (BCD) has asked activist-lawyer Prashant Bhushan to appear before it on October 23 following his conviction by the Supreme Court, which imposed a token fine of Re 1 on him, in a contempt case.

The BCD move has come in pursuance of the resolution of September 6 of the apex bar body, the Bar Council of India (BCI), asking its Delhi chapter to take a legally-mandated decision in this matter keeping in mind the conviction of Bhushan.

BCD has sought Bhushan’s response on as to why proceedings should not be initiated to revoke his enrolment as a lawyer in view of the conviction for his alleged contemptuous tweets against judiciary.

Bhushan, who has to appear either personally or through video conferencing on October 23, has to respond to the Council within 15-days of receiving the notice.

A Bar Council of a state grants licence to a person to practice as a lawyer and has wide powers such as suspending or taking away the right of its members in certain situations to practice under the Advocates Act.

“You are required to appear in person or through authorised advocate on your behalf on October 23 at 4.00 PM in the office of the Council… for personal hearing. You may appear physically or through virtual conferencing as suited to you,” the BCD said in the notice.

It further said, “You are also required to send your response to the Council within 15 days of the receipt of this letter as to why proceedings under section 24A (Disqualification for enrolment) and section 35 of the Advocates Act be not initiated against you in view of your tweets in question and conviction under Suo motu Contempt Petition by the Supreme Court of India.”

The BCD took the decision in a resolution passed on September 18.

Bhushan acknowledged receiving the notice on Twitter this morning.

It said that in case he does not choose to appear before the Council on the date fixed, the proceedings shall be taken “ex-parte”.

A bench headed by Justice Aruna Mishra (since retired) had convicted him for his two tweets against the judiciary and imposed a fine of Re 1 on him.

As a punishment he was directed to deposit the fine with the Supreme Court registry by September 15, failing which he would have to undergo three-month jail term and debarment from law practice for three years.

Bhushan on September 14 paid the fine imposed upon him, even though he said he would file a review petition before the apex court against the verdict.

The apex bar body had said it deliberated upon the the apex court judgment in its general council meeting held on September 3 and held that the tweets and statements made by Bhushan and the SC judgment need thorough study and examination “in the light of the statutory duties, powers and functions conferred on it under the Advocates’ Act and the rules framed thereunder”.