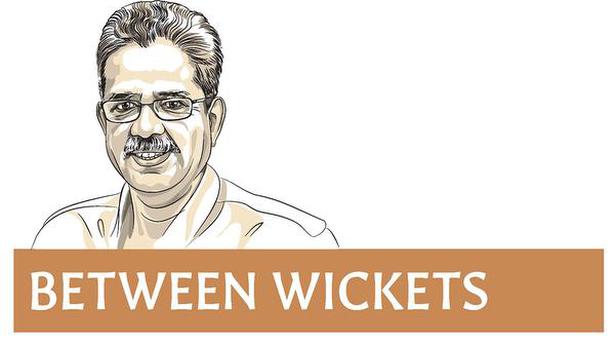 In the first week of the IPL, it is the stories around the tournament that might turn out to be more significant than the accounts of matches lost and won. As the number of COVID-19 cases in India keeps rising, cricket will have to look beyond the boundary if television is to survive. Hence the importance of the agreement between the Board of Control for Cricket in India (BCCI) and the Emirates Cricket Board (ECB) to “boost cricketing ties.”

We know about the agreement thanks to a tweet from the BCCI secretary Jay Shah. Perhaps there will be a media conference to give us the details. Perhaps not. The BCCI probably thinks what is good enough for President Trump is good enough for its office-bearers – social media news-dispensation.

This probably means India are looking to the UAE to help honour their international commitments. In January-March next year, India are scheduled to play England at home. Is this series being shifted to the UAE? India are reluctant to give up the home advantage but that could change. These are early days yet.

If the BCCI has worked out an understanding, then it must be commended for foresight and keenness to avoid last-minute confusion. This is, of course, assuming that things don’t get worse in either country, and the tour goes ahead. The same applies if the “boosting” means UAE might host next year’s IPL too. At the time of writing, India has nearly 56 lakh cases and 89 thousand deaths. The UAE has 85 thousand cases and 405 deaths. As the IPL progresses, both cricket boards will learn how well the bio-secure system in the UAE has worked. There is no need to rush to a decision on either England’s tour or the IPL, but it is not a bad idea while hoping for the best to prepare for the worst. In times of uncertainty, beacons of possibility are comforting.

The UAE – for a decade Pakistan’s ‘home’ ground, and later for a while Afghanistan’s too – thus emerges as the cricket world’s favourite substitute venue, now including India’s.

Twice now India have taken the IPL there, earlier in 2014 owing to the general elections (which, every five years, will clash with the tournament – in 2009, the IPL was shifted to South Africa, while in 2019 it was held earlier than usual, ahead of the ODI World Cup).

Another significant takeaway from the current tournament is the sense that large stadiums exclusively for cricket might soon be a thing of the past. For one, packed houses can no longer be guaranteed. And for another, telecast of matches, with ambient crowd noises in empty stadiums has shown that auricular illusions are possible. It needs fine tuning but there is promise.

Technology is already telling us if a batsman is in or out when there is an appeal for a run-out; technology is also telling us that it doesn’t matter if the audiences are in or out, it is the sound they might have made that lends texture to a telecast. It won’t be long before virtual and augmented reality further enhance the viewer experience for those not at the stadium. Already technology is available which can place a fan watching the game at home next to a fielder taking a catch, for example.

Since the larger audience is outside the stadium, technology is working to give it a more involved, interactive experience. Not just on television, but phones too. Conventional wisdom will soon be turned on its head – watching a match on television (or phone or watch) might be more exciting than watching it live!

Large stadiums – which fill up only in India and only for specific matches, usually T20 – are often single-use behemoths, since cricket pitches do not welcome football matches or rock concerts. Drop-in pitches might make stadiums more useful, allowing them to be employed for a greater range of activities.

The pandemic is causing changes all around, from the manner in which tournaments are held in bio-secure environments to the way in which fans watch matches. One thing that hasn’t changed, though, is the BCCI’s contempt for rules.

The president and secretary are still in their posts, although their tenures ended in July and May respectively. President Sourav Ganguly has said “if the Supreme Court tells us to go, the matter ends there.” Here we go again. Virtual reality!

When Delhi Capitals’ skipper Shreyas Iyer thanked Ricky Ponting and Sourav Ganguly for mentoring him, he shone a light on the issue of conflict again. Ganguly already endorses two sponsors who are rivals of the board’s official sponsors; one of them is the principal sponsor of the Delhi Capitals team for which Ganguly was, till recently, mentor. Confusing? The pandemic has turned out to be the universal justification for all kinds of activity. Or inactivity.