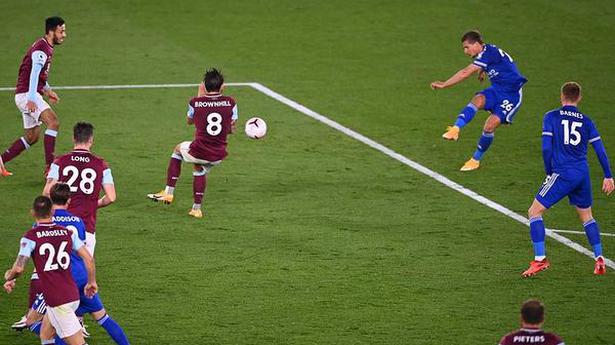 Leicester moved to the top of the table on goal difference ahead of Arsenal, Everton, Crystal Palace and Liverpool after it came from behind to beat Burnley 4-2.

After a disappointing end to last season to miss out on Champions League football, Brendan Rodgers’ side has responded well with two convincing wins to start the new campaign.

Chris Wood fired the visitors into a 10th-minute lead at the King Power, but Harvey Barnes sparked the fightback before Erik Pieters’ own goal, James Justin and Dennis Praet’s blistering finish handed the Foxes all three points.

Andrea Pirlo got his coaching career off to a winning start as Juventus launched its bid for a 10th consecutive league title with a 3-0 win over Sampdoria on Sunday.

Swedish debutant Dejan Kulusevski opened the scoring after 13 minutes in Turin with Leonardo Bonucci adding a second on 78 minutes and Cristiano Ronaldo a late third.

Real Madrid began the defence of its Spanish title with a tepid 0-0 draw at Real Sociedad on Sunday as Martin Odegaard made his first league start for the reigning champion against his former club.