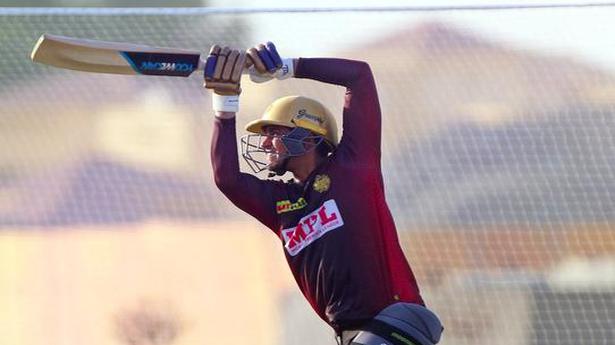 Kolkata Knight Riders (KKR) head coach Brendon McCullum hopes the freshness of pitches will suit his team’s pace attack in the early stages of the IPL.

Even in the changed scenario with the tournament being held in the UAE, McCullum said the KKR pacers could ‘shock’ opponents.

“I think the pitches are going to surprise a lot of people early on in the tournament. They’re going to be quite fresh. They could be quite helpful for seam bowling, in which case we’ve got Shivam Mavi, Prasidh Krishna, Pat Cummins, Ali Khan and Lockie Ferguson.

“We’ve got a lot of quick bowlers who bowl in excess of 140kmph. We’ve also got Andre Russell,” said McCullum during an interaction.

McCullum was happy with KKR’s spin options. “Later on, spin will come to the fore. We’re fortunate with our spin bowling lineup too. We’ve got Sunil Narine, who can bowl on any surface, Kuldeep Yadav and Varun Chakravarthy. And also we’ve got this 20-year old (Manimaran) Siddharth, who could surprise a few people,” the former New Zealand captain said.

According to McCullum, Pat Cummins will play a vital role for the team. “Cummins is the key when it comes to overseas bowlers. He has pace, experience, leadership qualities and also the ability to try and take early wickets.”

Since Eoin Morgan’s presence provides strength to the middle-order, Russell, who hit 54 sixes last season, could be used according to the match situation, McCullum explained. “His game is definitely suited to the last 10 overs where you can really control it, but there may be times where we can send Andre a little bit up the order.”

McCullum said KKR might be short on experience but “the talent, desire and the hunger make up for the lack of experience.”

The New Zealander said he would provide confidence to the squad and work with the leaders. “One of those guys who I think is critical to this campaign is Shubman Gill, because even at such a young age I feel he’s a leader,” said McCullum.