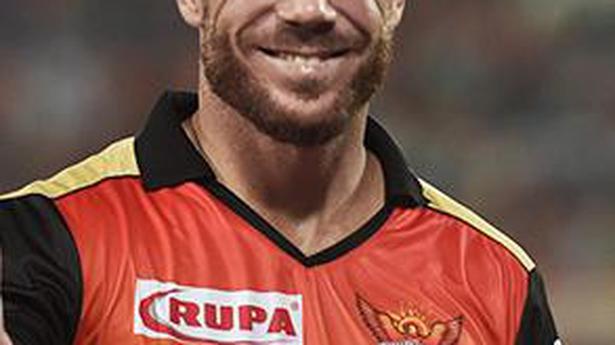 Sunrisers Hyderabad captain David Warner wants his team to get off to a good start.

“Back-to-back wins are important,” Warner said at a virtual media interaction from Dubai on Saturday. “That is the way forward.”

On Monday’s game against Royal Challengers Bangalore, the SRH captain felt it was important to get early momentum. “Every team has a perfect mix of world-class, overseas players and quality Indians. Ours is a pretty well-balanced side in all departments,” he said.

He had a message for the team’s middle-order: just back yourself, go out and play freely and if a couple of wickets fall put the pressure back on the bowlers.

In the last edition, he said, the middle-order did not get too many opportunities because the top three were scoring heavily. “It is good to have a lot of youngsters in the middle-order. They bring enthusiasm and have the right attitude,” Warner said.

On being captain again, Warner said it was always a good feeling, but for his team it did not matter who was leading.

“We have plenty of experience with the likes of Kane (Williamson), (Jonny) Bairstow, Vijay Shankar to name a few. We got a job on our hands for sure,” he said.

On opening with England’s Bairstow, Warner said they knew when to take those calculated risks and it was time to go again this year. Also, the role of spinners would depend on the kind of surface.

“The best part is that TB (head coach Trevor Bayliss) is super relaxed, takes accountability for the team’s performances. He is very chilled. With him around, there is a relaxed environment,” he said.

Despite the absence of spectators all teams would be in a competitive frame of mind once the event gets going, Warner said.