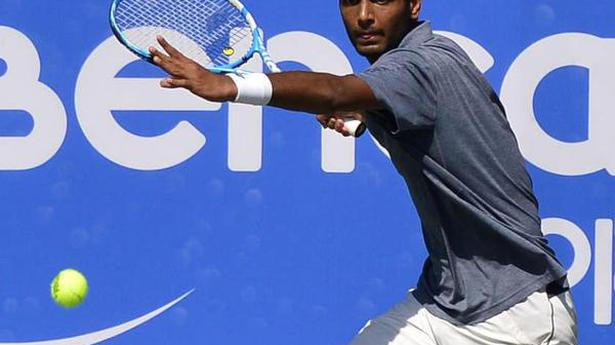 The Indian Davis Cupper, ranked 198, lost 5-7 2-6 to lower-ranked Lamasine in one hour and 27 minutes on Monday. The French is placed 268 on the ranking chart.

The 25-year-old Ramkumar was profligate as he squandered as many as seven of the eight breakpoints he earned. He lost his serve four times in the first round contest.

Ramkumar has been trying to crack the Grand Slam main draws since 2015 but has not succeeded yet. Making the third round at the Australian Open qualifiers in 2018 has been his best effort so far.