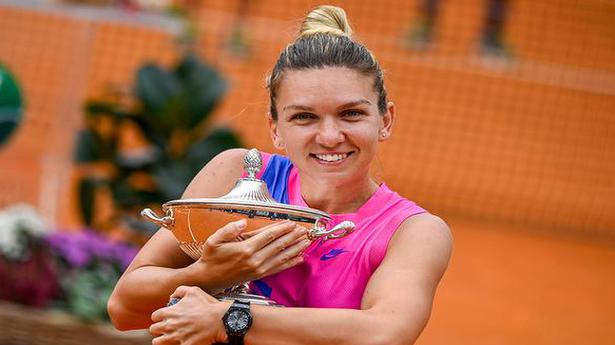 World No. 2 Halep was competing in her third Rome WTA final, having finished runner-up in 2017 and 2018 on the clay at the Foro Italico.

Pliskova, the second seed, was playing with her left thigh bandaged, and required treatment on her lower back and upper leg after the first set which Halep swept in just 20 minutes. The Czech lost her opening service game in the second set, but broke back immediately for 1-1 to claim her first game after half an hour.

But she called time in the third game, heading towards Halep to signify the end of the match. Wimbledon champion Halep’s 22nd career title comes just a week before the start of the French Open which she won in 2018.

Halep extended her winning streak this season to 14 consecutive victories. She won the Dubai title in February, before the coronavirus lockdown, coming back to claim victory in Prague last month having skipped the US Open.

Former World No. 1 Pliskova, now ranked four, had been having a successful week on clay after her disappointing second-round exit in the US Open where she was the top seed.