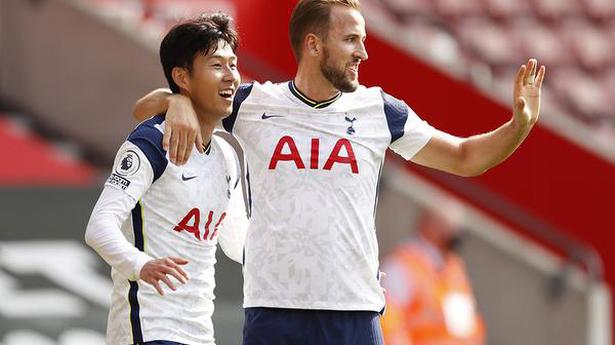 Son Heung-min scored four goals set up by Harry Kane as Tottenham Hotspur came from a goal down to overwhelm Southampton 5-2 on Sunday and earn its first Premier League win of the season. Kane himself completed the rout while Danny Ings struck for the host in either half.

Brighton and Hove Albion got its season up and running with a clinical 3-0 victory over Newcastle United at St. James’ after an early brace by Neal Maupay.

Meanwhile on Saturday, Manchester United’s campaign began in faltering fashion as a double from its former player Wilfried Zaha gave Crystal Palace a 3-1 win at Old Trafford but Arsenal made it two wins from two.

Andros Townsend put Palace ahead early on and Zaha scored from the spot in the 74th minute after Jordan Ayew’s original penalty had been saved by David De Gea but the Spanish keeper was adjudged to have moved off his line.

The penalty was awarded after referee Martin Atkinson used the pitch-side TV monitor to harshly judge that Victor Lindelof had handled a cross inside his own box.

United debutant Donny van de Beek came off the bench to pull a goal back for United but Zaha got the better of Lindelof to finish United off in the 85th minute.

Arsenal laboured to a 2-1 victory over West Ham United at The Emirates but needed a late goal against the run of play by Eddie Nketiah to hand the Hammers a second straight defeat. Michail Antonio’s first-half strike for the visitors had cancelled out Alexandre Lacazette’s 50th goal for the Gunners.

In Serie A, Napoli pounced on two defensive mistakes to win 2-0 at Parma in its opening match of the season on Sunday as spectators returned for the first time since March.