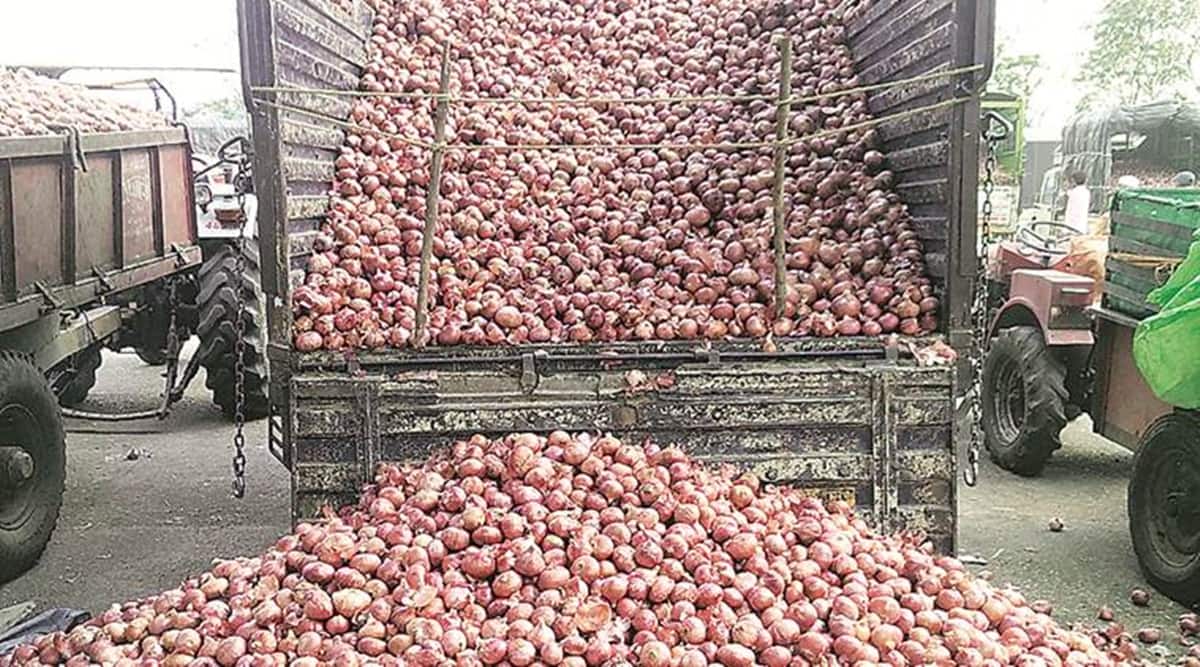 A week into the ban, the kitchen staple’s price not only climbed back but touched the Rs 40 per kg mark on Monday at Lasalgaon’s main market.

Onion prices touched a record high across wholesale markets on Monday amid reports of rain damage to the standing crop in Nashik. With international prices of onion also firming up over the last seven days, imports are no longer a viable option for traders to bring down prices in domestic markets in the near future, according to trade sources.

Last Monday, the central government had clamped down on the onion trade by banning imports of all kinds of onions. This had come on a day when the average traded price of the bulb had crossed the psychological barrier of Rs 30 per kg at Lasalgaon’s whole market in Nashik. Prices had then dropped to Rs 24 per kg even as the central government got the Essential Commodities, Act (1955) amendment passed in the Rajya Sabha, which provides that stock limits may be imposed on agricultural produce only if there is a steep price rise.

A week into the ban, the kitchen staple’s price not only climbed back but touched the Rs 40 per kg mark on Monday at Lasalgaon’s main market. Traders said this was mainly because of reports of delayed arrival of the kharif crop due to rains in the onion growing district of Nashik.

Suresh Deshmukh, a commission agent operating out Dindori’s wholesale market in the district, said the crop, which was supposed to arrive in November, might be delayed further.

Trade sources have almost ruled out onion imports to cool down domestic prices. At present, the landed cost of Egyptian onions at Mumbai’s ports will be Rs 35-40 per kg, traders said. After packing and transportation charges are added, this onion would be sold in the open market at Rs 45-50 per kg. “So, there would be no parity even in imported onions,” said a trader operating out of Pune. The only other solution is if the government floats tenders and offloads the same in retail markets, incurring a loss, traders said.