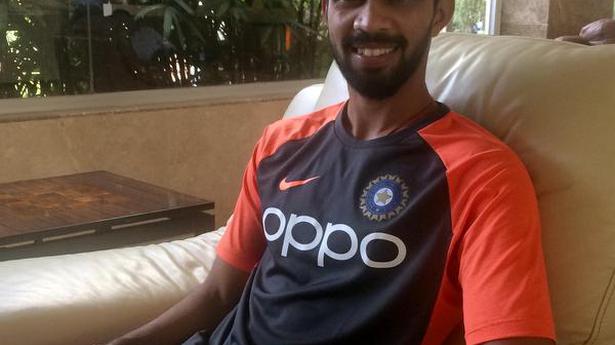 Chennai Super Kings batsman Ruturaj Gaikwad is back in training ahead of Tuesday’s IPL game against Rajasthan Royals after clearing the two mandatory COVID-19 tests.

The 23-year old from Maharashtra had tested positive for COVID-19 and was in quarantine for two weeks. He missed CSK’s tournament opener against defending champions Mumbai Indians on Saturday.

“The first thing you wanna see on a Monday morning. Look who’s back! Smiling face with heart-shaped eyes #Ruturaj #WhistlePodu #Yellove,” CSK posted on its twitter handle on Monday along with a picture of the batsman.

Thirteen members of the CSK contingent tested positive for the virus and two of them were players — Gaikwad and Deepak Chahar. Chahar, along with 11 others, had recovered and was back in training and played the opening game after clearing his mandatory two tests.

However, Gaikwad, who was in isolation at a separate quarantine facility in Dubai, had to wait longer.

Gaikwad, a India ‘A’ regular, who tested positive a few days after Chahar, was being touted as the one to replace Suresh Raina, who pulled out of the IPL due to personal reasons.

The young right-handed batsman is said to have impressed the CSK skipper Mahendra Singh Dhoni during the camp in Chennai prior to their departure to the UAE.

According to IPL’s medical protocols, players are kept in separate quarantine faciity for 14 days if they test positive in the bubble and have to return two negative tests on consecutive days.

After that, the player has to undergo medical tests, including cardiovascular and lung function test, to ensure he is fit to train.