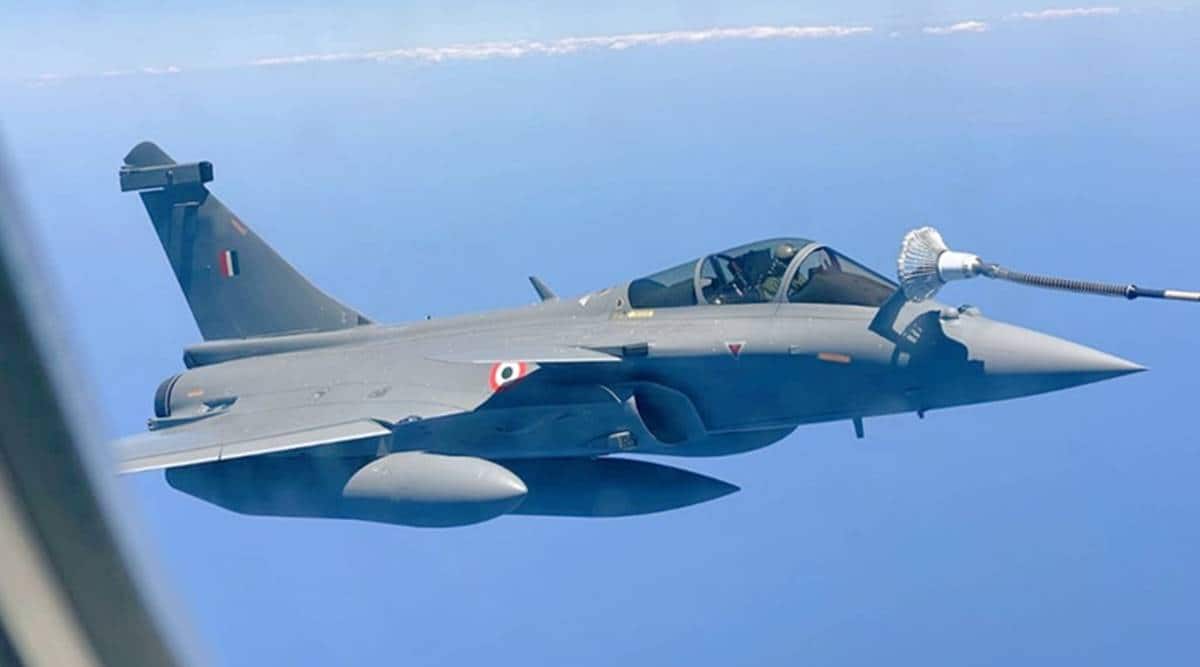 Five French-made multirole Rafale fighter jets were inducted into the Indian Air Force on September 10 at the Ambala air force base.

She has been flying MiG-21 fighters and was selected for the Rafale fleet following an internal process, the sources said.

At present, the IAF has 10 women fighter pilots and 18 women navigators. The total strength of women officers serving in the IAF is 1,875.

Last week, Minister of State for Defence Shripad Naik told Parliament that women fighter pilots are inducted and deployed in IAF as per strategic needs and operational requirements.

The Golden Arrows squadron of the IAF was resurrected on September 10 last year. The squadron was originally raised at Air Force station, Ambala on Oct 1 1951. The squadron has many firsts to its credit; in 1955 it was equipped with the first jet fighter, the legendary De Havilland Vampire.

Five French-made multirole Rafale fighter jets were inducted into the Indian Air Force on September 10 at the Ambala air force base.

Ten Rafale jets have been delivered to India so far and five of them stayed back in France for imparting training to IAF pilots. The delivery of all 36 aircraft is scheduled to be completed by the end of 2021.

A second batch of four to five Rafale jets are likely to arrive in India by November.

The Rafale jets are India’s first major acquisition of fighter planes in 23 year after the Sukhoi jets were imported from Russia.

The first batch of five Rafale jets arrived in India on July 29, nearly four years after India signed an inter-governmental agreement with France to procure 36 of the aircraft at a cost of Rs 59,000 crore.