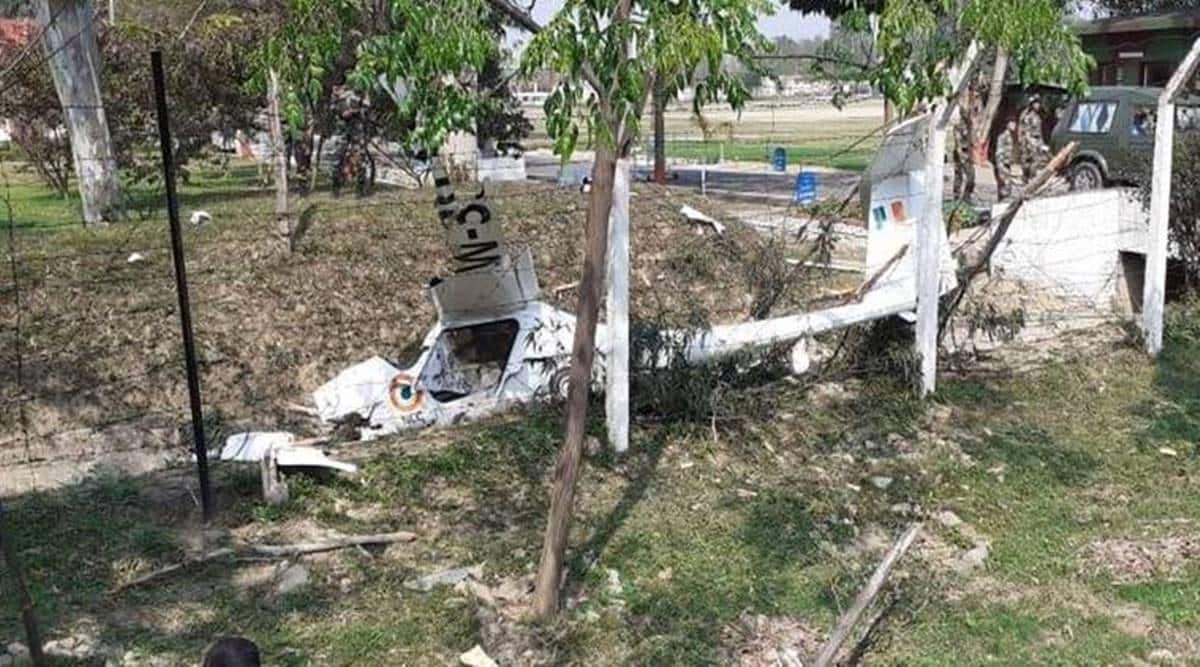 A four-seater aircraft crashed in Uttar Pradesh’s Azamgarh on Monday, leaving a 21-year-old trainee pilot dead, officials said, as they suspected that bad weather led to the incident.

The aircraft crashed into an agricultural field in Kushaha Fariuddinpur village under the Sarai Mir police station area around 11.30 am, District Magistrate of Azamgarh Rajesh Kumar said.

“The plane had taken off around 10.30 am from a training institute and was being controlled by a trainee pilot. There was only one person in the aircraft,” he added.

The deceased pilot has been identified as Konkark Saran. He was a resident of Palwal in Haryana, a spokesperson for IGRUA said.

“Saran had 125 hours of flying experience as a trainee, including over 52 hours solo. He was a skilled trainee pilot with a very good track record. Prima facie his aircraft got caught in the dense CB (cumulonimbus) clouds, which led to the incident,” the spokesperson told PTI.

“He was flying a four-seater SOCATA TB 20 aircraft with fully equipped avionics and related instruments. The incident is most unfortunate and all due procedures are being carried out,” the official added.

Azamgarh administration and police officials reached at the crash site to inspect the situation.