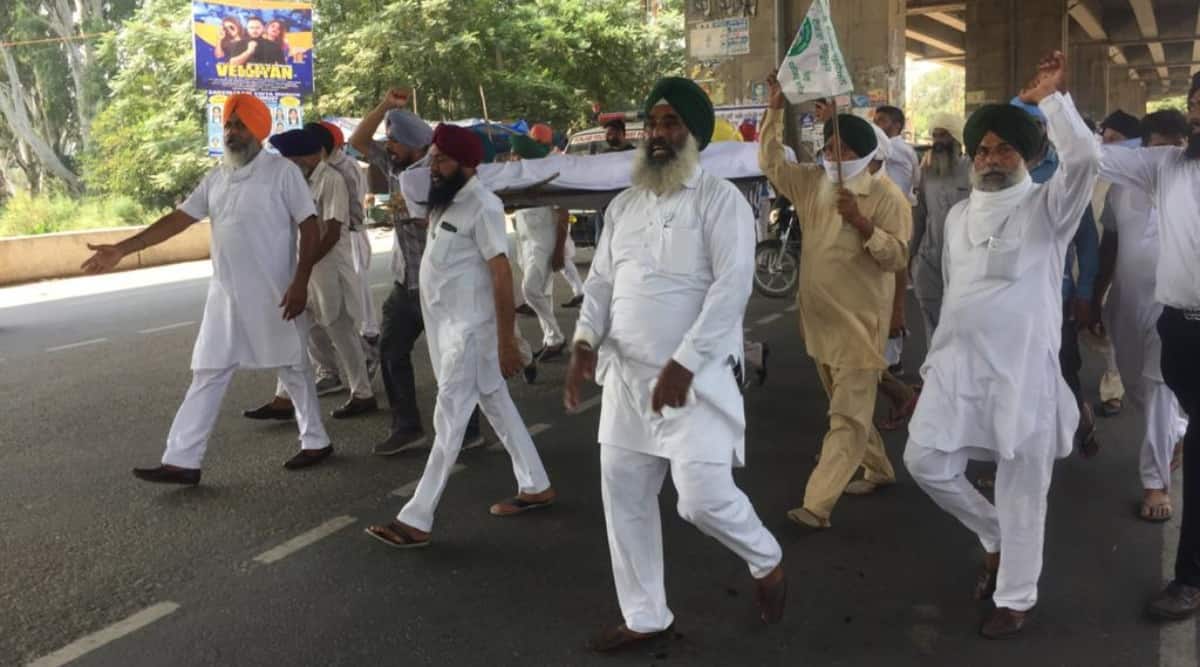 The Arhtiya Associations of Punjab Sunday passed a resolution condemning the three farm sector Bills being pushed by the Union government.

The Rajya Sabha on Sunday passed the Farmer’s Produce Trade and Commerce (Promotion and Facilitation) Bill, 2020, and the Farmers (Empowerment and Protection) Agreement of Price Assurance and Farm Services Bill, 2020. They were passed by the Lok Sabha on Thursday. The Lok Sabha has also passed the Essential Commodities (Amendment) Bill, 2020.

The resolution by the Arhtiya Associations expressed apprehension that seven lakh people, including 28,000 licensed arhtiyas (commission agents), their clerks, and labour spread across 1,860 Anaj Mandis in Punjab will be rendered jobless the Bills are enacted in their current form.

Terming the new Bills as the death warrant for the arhtiyas, the association leaders who passed the resolution at a meeting with Punjab Public Works Minister Vijay Inder Singla at his residence in Sangrur, said they will launch massive protests to oppose the legislations.

The Arhtiya community appealed to Prime Minister Narendra Modi, through the resolution, to revoke the Bills as they have changed the definition of “trade area”, “traders” and “dispute resolution”, which will be a death knell for the traditional Anaj Mandi system.

The resolution accuses the PM of being hand in glove with the corporate sector “who seem eager to annex the fertile farmlands of peasants and demolish the traditional agri-economy for their profit maximization”. The farm Bills also introduce the corporate who are alien to the “farm markets that need expertise to ensure large scale crop procurement in record time”, it said.

“The new Bills allow the crop procurement activity to take place anywhere — in farm fields, storage houses of the farmer, factory premises, warehouses, silos, cold storages, farm gates or any other structures or place in the territory of India. In absence of a quality monitoring mechanism, both the consumer and the farmers are bound to suffer,” said Singla.