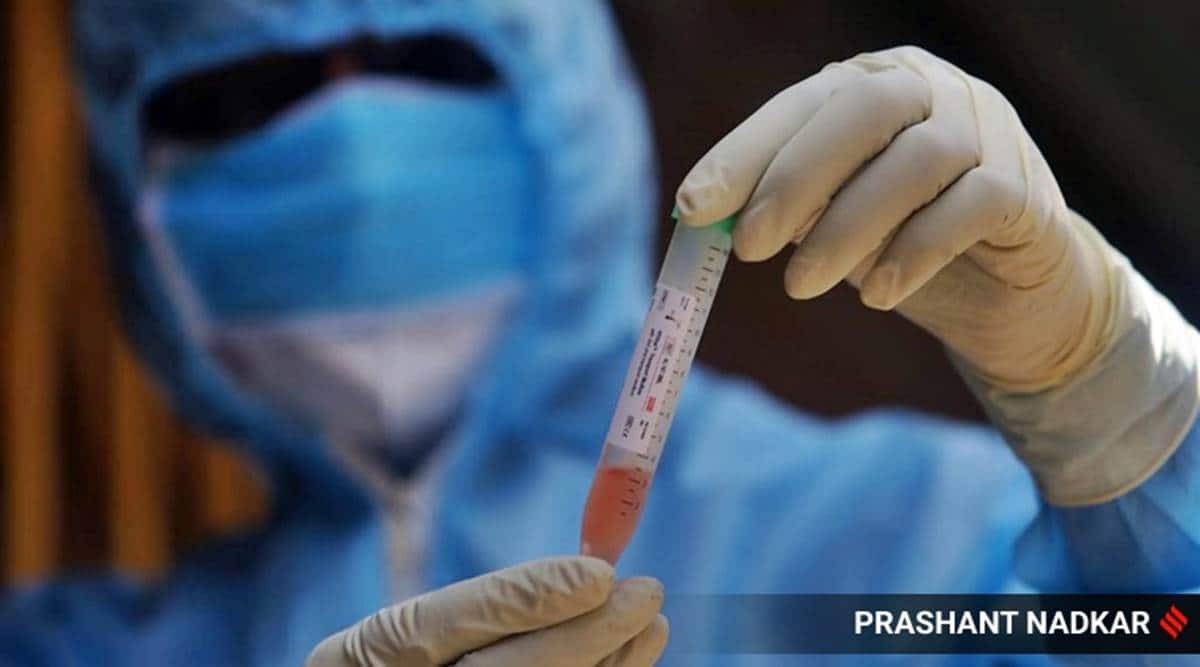 Around 17 BJP MLAs – including Deputy Chief Minister Nitin Patel – are yet to undergo Covid-19 testing. (Representational)

On the eve of the five-day monsoon session of the Gujarat Assembly, four MLAs – one of the ruling BJP and three of the Opposition Congress – tested positive for Covid-19 during the mandatory testing for the session on Sunday. Following this, the four MLAs will not be able to attend the session that is being held with several precautionary measures put in place by the Speaker.

According to the Chief Whip of Congress Legislative Party, Ashwin Kotwal, the three Congress MLAs who tested positive for Covid-19 include Nathabhai Patel from Dhanera, Punabhai Gamit from Vyara and Virji Thummar from Lathi. Kotwal added that two other Congress MLAs – Jashubhai Patel from Bayad and Kalubhai Dabhi from Kapadvanj – had also recently tested Covid-19 positive in their respective constituencies, following which they, too, will not be able to attend the monsoon session.

Around 17 BJP MLAs – including Deputy Chief Minister Nitin Patel – are yet to undergo Covid-19 testing. They are likely to do the same on Monday morning before the session starts, Desai added. He further said that a few other BJP ministers and MLAs, such as Jayesh Radadiya and Raghavji Patel, who had tested Covid-19 positive recently, are also likely to miss the Assembly session.

The Gujarat Assembly has a total strength of 182 seats. However, the current strength has been reduced to 173 as nine seats are vacant; one because of an order of the Gujarat High Court and eight because of resignations of Congress MLAs on those seats.

On September 19, five staff members of the Assembly had also tested positive for Covid-19.

Owing to the pandemic, Speaker Rajendra Trivedi has limited the entry of persons to the monsoon session of the Assembly. Only Assembly staffers, ministers in the government, MLAs, security personnel and media persons have been allowed entry to the Assembly complex. They have been permitted entry under the condition that all of them have to compulsorily undergo Rapid Antigen Tests (RATs) to ascertain their infection status. Only those who test negative for Covid-19 will be allowed entry inside the Assembly complex. To maintain social distancing, it has also been decided to make MLAs sit in the viewers’ gallery. Visitors are not allowed to visit the Assembly during the session.

During the five-day monsoon session, it has also been decided to not keep Question Hour and instead, one or two short term notice questions will be allowed in the House.

The ruling party is expected to bring around 20 Bills on various subjects. Detailed discussions on the Covid-19 pandemic and action taken by the state government to control the same are also expected to come up before the House.