On a day the Parliament passed two contentious farm sector bills amid ruckus in the Rajya Sabha, farmer organisations ratcheted up their protests in Punjab while Haryana Police used water cannons to stop Punjab Youth Congress activists from entering the state during a tractor rally.

In response to a call for statewide bandh by Bharatiya Kisan Union (BKU), thousands of farmers held a three-hour long protest in Haryana, blocking major national and state highways, including NH 344, also known as Ambala-Roorkee national highway. Black balloons were also released earlier in the day by the demonstrators to protest against the legislations.

In Kaithal, the farmers blocked Ambala-Hisar highway near Titram Mor while sit-ins at state highways in Ladwa, Kurukshetra and Shahbad towns were also reported. “It was a symbolic protest. If the govt doesn’t listen to us we’ll back Haryana bandh on Sept 25. We’ll hold a meeting on Sept 27 in Delhi and announce nationwide protest,” a farmer leader told ANI. While protests were largely peaceful in most areas, police had to resort to using water cannons after some Punjab Youth Congress activists tried to set a tractor on fire while trying to enter Haryana through Ambala. The activists were going to Delhi through the Chandigarh-Delhi highway when they were stopped at the heavily barricaded entrance to Haryana by police, throwing vehicular traffic out of gear.

Taking part in the protests, Punjab Congress chief Sunil Jakhar said all parties, except the Shiromani Akali Dal and the BJP, were standing with farmers for their cause, PTI reported. 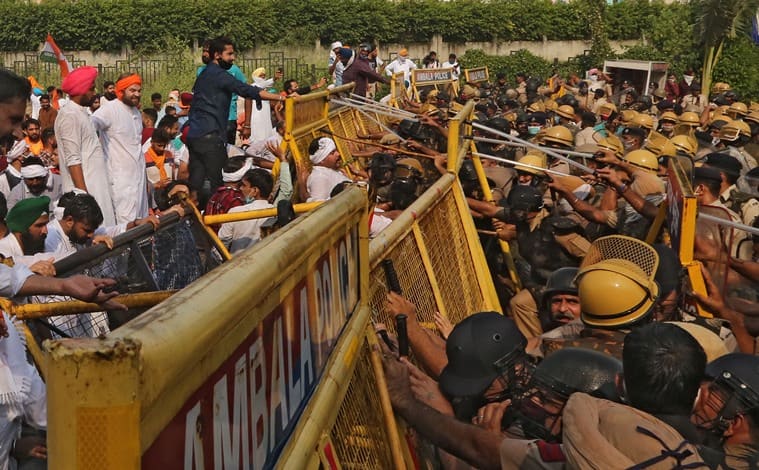 Earlier in the day, the Rajya Sabha passed the Farmers Produce Trade and Commerce (Promotion and Facilitation) Bill, 2020; and The Farmers (Empowerment and Protection) Agreement on Price Assurance and Farm Services Bill, 2020, witnessing tumultuous scenes as members from Opposition parties snatched and threw papers from the table and even broke the chairman’s mic.

Farmers, mostly in Punjab and Haryana, have been protesting against the farm reform bills, alleging that the legislations would dismantle the existing system minimum support price (MSP) regime for their crops guaranteed by the government. 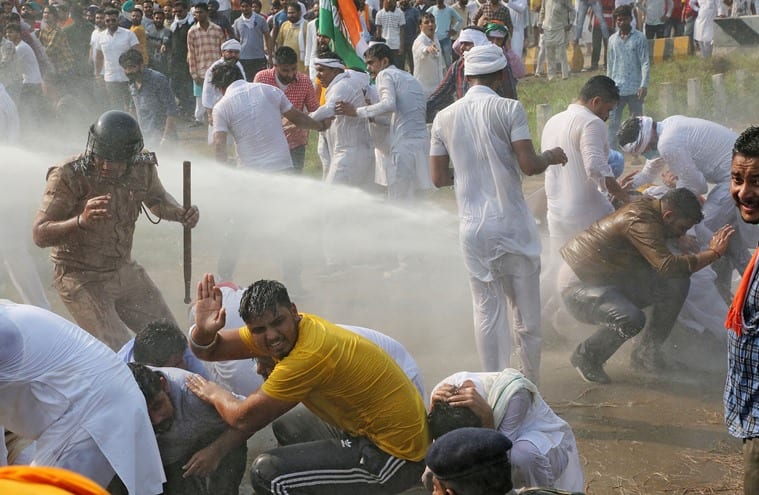 This comes even as the All India Kisan Sangrash Coordination Committee (AIKSCC), along with 30 farmer organisations, have announced a Punjab bandh on September 25. The farmer unions appealed to people of Punjab to shut their shops/ factories, rail / road transport or any type of services on September 25. They will allow only health and essential services to remain operational on that day. Already rail roko has been announced from September 24-26 by Kisan Mazdoor Sangrash Committee.