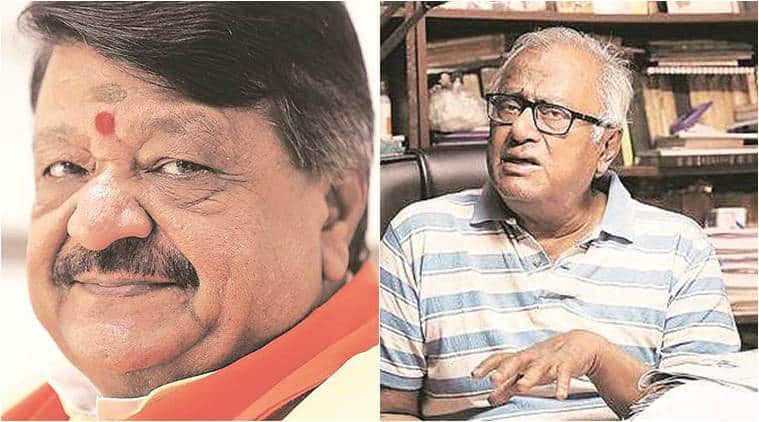 With its cadre feeling pressure from the Mamata Banerjee government amid “violent attacks and forced suicides” of party workers, the BJP in West Bengal is trying to create elbow room ahead of Assembly elections scheduled next year by stepping up demands for the Centre’s intervention by considering the possibility of President’s Rule.

Sources in state BJP said the cadre want “action” from the Centre to help the party in Bengal.

BJP leaders believe a fresh campaign for imposition of President’s Rule would increase pressure on the TMC government, as also address the challenge of keeping the state leadership united and the cadre upbeat.

A BJP leader who has been working in West Bengal said, “Continuous political violence against party workers and recent incidents of forced suicides have certainly created fear among the cadre, although they are aware that a party-led government is around the corner.”

Senior TMC leader and Lok Sabha MP Saugata Roy, however, rubbished the BJP’s demands, calling it “illogical”. He told The Sunday Express: “There have been some isolated incidents in far-flung areas, where policing has been very difficult. The BJP turns every death into a (case of) murder and blames TMC.”

Since July 13, when Debendra Nath Roy, BJP MLA from Hemtabad in North Dinajpur district, was found hanging, two more BJP workers have been found dead – both found hanging – in Medinipur and South 24 Parganas districts. While the police say initial probe suggests death by suicide in all three cases, the BJP alleged they were killed and then hanged.

Kailash Vijayvargiya, BJP general secretary in charge of West Bengal, said that violence against its workers and keeping the cadre optimistic is the biggest challenge for the party in a state where it won 18 of 42 Lok Sabha seats in 2019. “The entire country is aware of the violence against BJP workers in West Bengal,” he told The Sunday Express. “Law and order is a state subject, so we have not been putting pressure for imposition of Article 356 – we respect democracy and did not want to disturb a democratically elected government. But the situation in the state is deteriorating every day. Now our party should also think of imposing President’s Rule, because workers are getting killed and the (state) government is making them cases of suicides.”

Bengal BJP MPs Soumitra Khan and Nishith Pramanik met Union Home Minister Amit Shah in Delhi on Friday to demand a CBI probe into the death of the two party workers in Bengal. They also urged Shah to consider imposition of Article 356 and take over management of Covid-19 crisis in the state, claiming that the state government had failed to contain the situation.

Vijayvargiya pointed out that Banerjee recently inducted Chhatradhar Mahato in TMC. Mahato, he said, was once the poster boy of the Maoist-backed tribal movement in Lalgarh, in Jhargram district. “Mamata-ji has welcomed a Maoist into her party. This shows she wants to intensify the politics of terror and violence in the state. Mamata-ji does not care about democracy; it is being slaughtered every day.”

TMC’s Roy, however, said: “So far, law and order in all major areas has been in control despite the pandemic. We are a party that had suffered political violence under CPI(M) and our workers were killed by police. The BJP is run by leaders from outside (Bengal); they do not know what political violence in West Bengal is.”

Addressing a virtual rally on the occasion of Shahid Dibas — an annual TMC event on July 21 to marks the death of 13 then-Congress workers in police firing in 1993 – Banerjee had accused the Centre of “destabilising governments” in Opposition-governed states and misusing central agencies to attain its objective. On BJP’s accusation of violence by TMC workers and lawlessness in the state, she had said, “…What happened in Uttar Pradesh? Police were killed in an encounter. Those who killed the police were killed in an encounter because all evidence had to be eliminated…How you killed people in Delhi (during riots) and threw bodies in the drain…we will never forget.”

Meanwhile, even as a BJP leader from Bengal rejected reports of division or disunity in the state unit, there has been considerable discontent against Mukul Roy, once Mamata’s trusted lieutenant who helped BJP build its base in Bengal for much of the recent surge.

Roy, who apparently has national ambitions, has been upset with the BJP central leadership for the delay in bringing him to national politics. But a BJP source said the leadership is ready to placate him once his name is cleared of the Saradha chit fund scam, which is “expected soon”.

“Any party or government post at the national level before he clears his name in the case could damage BJP,” the source said.

BJP strategists in West Bengal said the consistent work and relentless efforts at the ground level have taken party to new horizons in the state in last year’s General Election. But the party still faces challenges, among them absence of a strong face, slow initiation of young leaders into the party, and the failure of senior leaders to work as a single unit, some leaders pointed out.