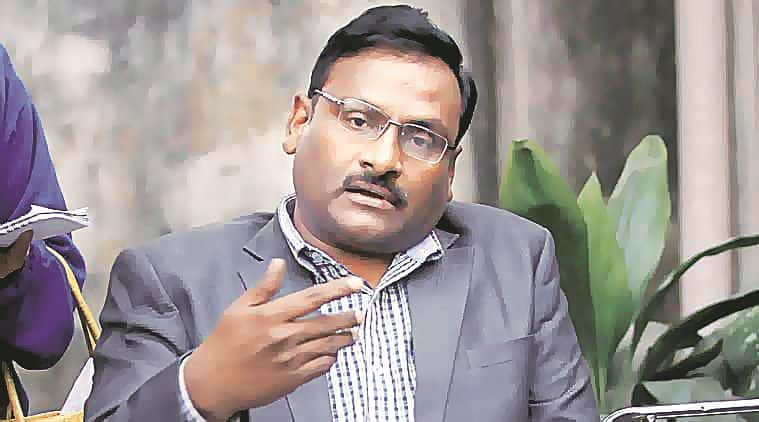 FOUR days after the Nagpur bench of the Bombay High Court denied bail to former Delhi University professor G N Saibaba, who is serving time for Naxal links, to meet his ailing mother, she died at Hyderabad on Saturday.

Saibaba’s lawyer Akash Sorde said they had made a last-minute attempt on Friday to arrange a video-conference of Saibaba with his mother, Gokarakonda Suryavathi, 74, after the doctors said the cancer patient would not survive more than 48 hours. “We tried to contact Anupkumar Kumre, the Superintendent of the Nagpur Central Prison, where Saibaba is lodged, so that his mother could see him as her last wish. But there was no response to the calls.”

In a statement issued from Delhi, Saibaba’s wife Vasantha said Suryavathi passed away in the afternoon, and she could not be with her either due to the flying restrictions. “Her health was progressively getting worse. I feel extremely saddened by the loss of this kind and caring woman and even deeply disappointed in myself that I could not fulfill her final wish,” she said.

Arguing against grant of bail to Saibaba, 51, on the grounds that his mother wished to see him, Special Public Prosecutor Prashant Sathanathan had said his brother was with their mother and that she was in a Covid-19 containment zone where Saibaba himself could contract the disease.

Saibaba, who is serving a life term, had applied for temporary bail for 45 days. Rejecting his plea, the court hadn’t said anything on his contention that his mother on her deathbed had a right to see her son. Apart from the need to see his mother, Saibaba had cited his comorbidities, including his physical disability and hypertension, liver and kidney problems, which put him at a risk due to Covid-19, for bail.

In her statement, Vasantha said, “Her son could not see her for the past four years since his incarceration and now has to bid her abrupt farewell. She tested negative for Covid and held on for longer than the doctors predicted in the end, braving through the pain.”

Saibaba was convicted under the UAPA of “links with Maoists and indulging in activities amounting to waging a war against the country” in March 2017 by a Gadchiroli court and sentenced to life. He has challenged the order in the Bombay High Court.

Saibaba’s lawyer Nihal Singh Rathod had argued in the high court that the Nagpur prison had recently seen many coronavirus cases. He said the former professor was not getting the physiotherapy he needed nor the two assistants he required to move about.

Citing Saibaba’s mother’s condition, Rathod had said, “You cannot deny the mother the right to see her son when she is on deathbed.”

The Special Public Prosecutor had countered, saying Saibaba’s bail plea on health grounds as well as a challenge in the high court to the rejection of his parole application had both been earlier rejected. Sathanathan had also played down the Covid-19 threat in Nagpur jail, adding that Saibaba had been found negative.

The Bench accepted that having once been rejected, Saibaba’s appeal for bail again on health grounds couldn’t be permitted. The court accepted the government’s assurance that necessary medical care was being provided to Saibaba in jail.

“We are not inclined to grant bail,” the Bench comprising Justices Atul Chandurkar and Amit Borkar said.