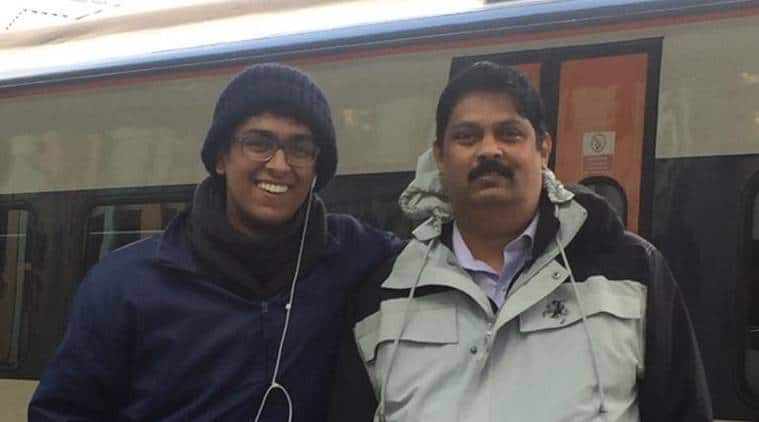 On Christmas last year, his world was jolted when his younger son Rohit (19) was killed in a car accident within half-a-kilometre of their home in Dubai.

TN Krishnakumar, a longtime Malayali expatriate based in Dubai, sponsored the flight tickets of 61 stranded Malayalis from UAE to Kerala amid the Covid-19 pandemic to honour the memory of his late son who died in a car accident last year.

“These are people in a lot of pain. Most of them belong to the blue-collar workforce and have lost their jobs with no financial strength to return home. I wanted them to go home and be with their loved ones,” said Krishnakumar over a phone call from Dubai where he’s been based for the last 32 years.

An electrical engineering graduate from the College of Engineering, Thiruvananthapuram in 1988, Krishnakumar has been an active member of the All Kerala College Alumni Front (AKCAF), a volunteer group founded in UAE consisting of alumni from 85 science and arts colleges in Kerala.

The 53-year-old has been at the heart of AKCAF’s volunteering efforts; distributing food kits during Iftar in labour camps, dispatching volunteers and aid when Kerala was in the throes of the century’s biggest deluge in 2018 to finding quarantine centres for asymptomatic people in the UAE during the ongoing Covid-19 battle.

And so, when the subject of chartering flights to repatriate financially-weak Malayalis came up, Krishnakumar stepped up. He initially took care of tickets for six persons on separate flights. And then, when AKCAF decided to charter a full flight for 191 passengers, he agreed to sponsor tickets for 55 of them, spending nearly Rs 14 lakh on the tickets. On July 25, a FlyDubai flight carrying the 191 passengers took off from Dubai, safely landing in Kochi a few hours later. Krishnakumar ascribes his readiness to be in the service of others during crises like this to the way he was raised by his parents back home.

Krishnakumar, who is employed with a corporate firm as a sales and marketing director, calls his contributions a part of “collective effort”.

“It was a collective effort. Everyone contributed in their own way. The people who flew home that day were mostly those who had lost their jobs and who had medical emergencies. Whatever you say, Kerala is home for all of us and they deserve to go home.”

Krishnakumar ascribes his readiness to be in the service of others during crises like this to the way he was raised by his parents back home. During his engineering days, he recalled visiting tribal hamlets in Kerala, building houses for the local communities and cleaning ponds.

He ensured that those qualities were replicated in both of his sons. For their birthdays in Kerala, they would often visit orphanages, provide meals and eat with the inmates there. “I have always taught them that money is not everything. Value for human life should always be there.”

On Christmas last year, his world was jolted when his younger son Rohit (19) was killed in a car accident within half-a-kilometer of their home in Dubai. Rohit, a third-year medical student, had stepped out with his friend Sharat who had arrived a day before from the US.

Just as they were reaching home, the car in which they were travelling spun out of control and crashed into a tree. Sharat, who was driving, was reportedly jet-lagged. Both of them died instantly.

“It shattered me. It keeps coming back,” said Krishnakumar, whose elder son is pursuing post-graduation in public health at a university in the UK.

The expat is now dedicated to several causes pursued by his college alumni communities including sponsoring the education of bright kids studying in Kerala’s government schools.