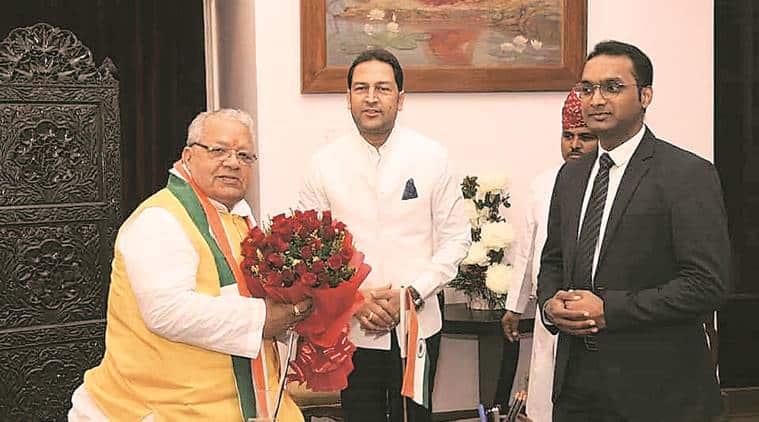 The Special Operations Group of the Rajasthan Police will move the High Court to take the voice sample of Sanjay Jain arrested after being allegedly caught on audio tapes discussing the “plot” to topple the state government.

Jain was produced before a local court on Friday where he refused to give his voice sample, saying he does not have faith in the SOG probe and the Forensic Science Laboratory report can be manipulated.

Sanjay Jain was allegedly acting as a middleman and the Congress claims he is a BJP leader, a charge denied by the opposition party.

“As the accused disagreed to give his voice sample in the lower court, we will take further legal steps and approach the High Court in this matter against him,” ADG (SOG) Ashok Rathore said.

Rathore further said an SOG team has been camping in Manesar of Haryana to trace rebel Congress MLA Bhanwarlal Sharma. He said the team has been acting on the basis of a tip-off.

Jain was arrested on July 17 after he was purportedly heard talking to MLA Sharma and Gajendra Singh, who the Congress claims is union minister Gajendra Singh Shekhawat, in the audio tapes. Congress’ chief whip Mahesh Joshi had lodged a complaint with the SOG following which the agency had lodged two FIRs.